Cookie preferences
This website uses cookies, which are necessary for the technical operation of the website and are always set. Other cookies, which increase the comfort when using this website, are used for direct advertising or to facilitate interaction with other websites and social networks, are only set with your consent.
Categories

It was kind of a small revolution when "MS Train Simulator" conquered the world of railway fans in the early 2000s: even tough some of our team members were predisposed concerning "computer railways", it was the first time one could simulate real routes in original length! No wonder that many internet communities were formed for conjointly pursuing the hobby in the German-speaking area.

Of course this hobby doesn't just happen in front of the screen, but in the shape of user group meetings, too. Many acquaintances were made this way. They were oftenly built on common route and engine building projects and developed to close friendships over the years. The dreams of virtual implementations grew by and by, undertakings got more complex and some real routes and vehicles were explored with the group. So it happened that three of those friends were sitting regulary in their favourite Italian restaurant in Berlin in 2007 for discussing one question: why don't we professionalise our hobby projects by founding a team and working under a common label in future? A name was found quickly after collectively reflecting: the project should be named TrainTeamBerlin! A fourth mind - who wasn't unknown in the community - joined shortly afterwards and the first addon was in production... So the opening of our first all-own online shop is another step in developing our workflow.

Despite professionalizing our hobby it's still our demand to hold the quality of our projects on an ongoing high level: we just release what produces driving pleasure in the simulation ourselves. Furthermore we want to hold the close contact to the community and integrate it for going on with living the finest hobby in the world togehter. So if you have any questions, criticism, suggestions or if you created an addon based on our software - do not hesitate to contact us! 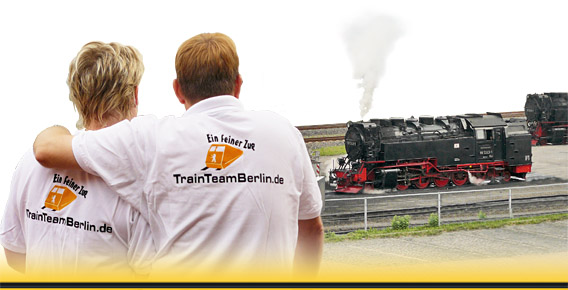